And you thought the election related brouhahas had come to an end.  Nope!  Not here in North Carolina where they appear to be never ending.

On Tuesday, the other shoe dropped in the Federal lawsuit against North Carolina's state legislative districts.  A panel of Federal Judges ordered the state to redraw 19 House districts and 9 Senate districts for the General Assembly by March 15th, 2017.  Maybe more importantly, the state was also ordered to hold new elections in by the end of 2017.

While none of our local districts in LKN are directly involved in the lawsuit, the court decision requires any district that changes as a result of drawing new districts hold a new election.  That means even if the NCGA doesn't do a wholesale redrawing of districts like they did when Congressional districts were redrawn earlier this year, there would seem to be a high likelihood many if not all legislative districts would be impacted.  For LKN voters that likelihood is even higher because some of the districts directly impacted are adjacent to House 92 & 98 as well as Senate 41.

In Mecklenburg County, House Districts 102, 107, and 99 as well as NC Senate 38 and 40 are under court ordered redrawing.  Check out the below maps to see exactly where these districts are all located. 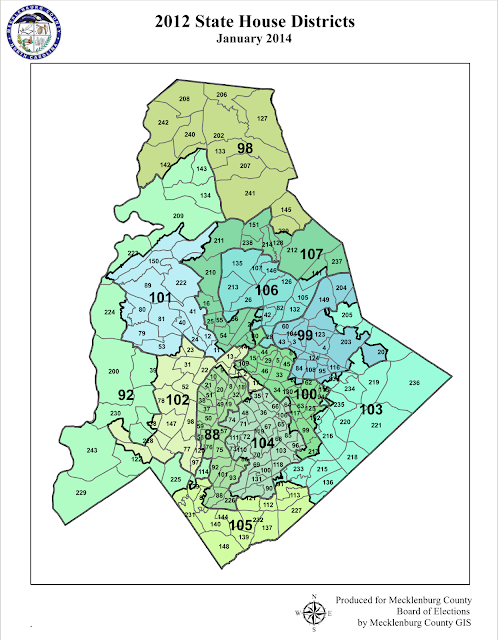 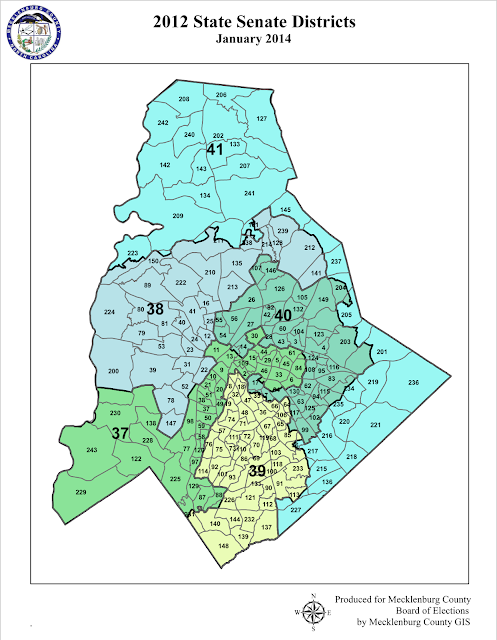 It is easy to see how redrawing the court ordered districts will impact the LKN districts in some way - triggering new elections in those districts as well.

It's also easy to see how redrawing districts could put some newly elected officials is bad situations.  Since Republicans will be drawing the new maps, those things will likely happen if it's to their advantage.

Take NC 92 for example.  Newly elected Chaz Beasley lives in Steele Creek in the south end of the district adjacent to NC-102.  In redrawn districts what if his residence is put in the same district as Becky Carney in 102? He can either primary a formidable member of his own party in that new district or he would have to run in a district where he no longer resides.  The court order allows this for these special elections, but if he was successful in the 2017 election he'd have to move to the new district in order to run again in 2018.

Examples like that could be seen all across the state.  Also, with this hanging over the legislature, one can expect new legislation to move fast and furious while NCGA Republicans hold super majorities in both the House and Senate.  If the 2017 election puts that at risk, you can be sure they will use that power while they know they have it.

Of course all of this could not happen if the Republicans in the NCGA win an appeal, but recent history makes that seem unlikely.  If this redrawing of the maps goes forward, 2017 will be another bumpy year in NC politics.
Posted by Rick Short at 9:50 PM