The Davidson vote in pictures...

A month after election day and the day of swearing in the new Board, data on the last Davidson election is starting to be available.

Data can tell you a lot when presented in the right format, and elections are a particularly data rich environment.  Voter registration info and voter history don't tell you how people vote, but they do tell you who voted.  That alone can reveal a lot about why elections turn out the way they do.  Regular readers of aShortChronicle will know we are data geeks at heart, so we are particularly excited to be able to show you the below.

All thanks and credit go to Ben Beall of Davidson for pulling together these maps using Excel, Google, and data available from the Board of Elections.  It is rare that you get to see this level of detail on a hyper local election.  The time and effort pulling them together is much appreciated. 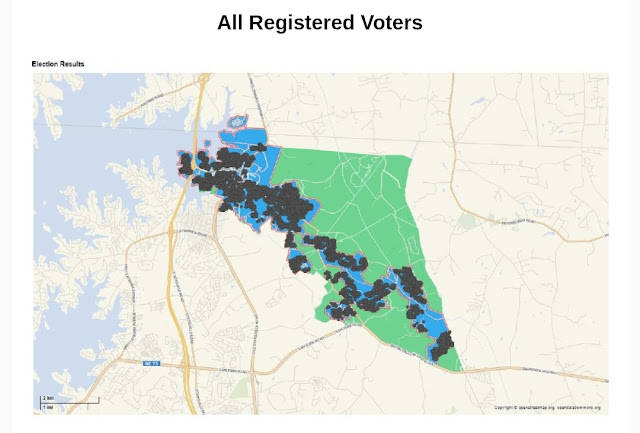 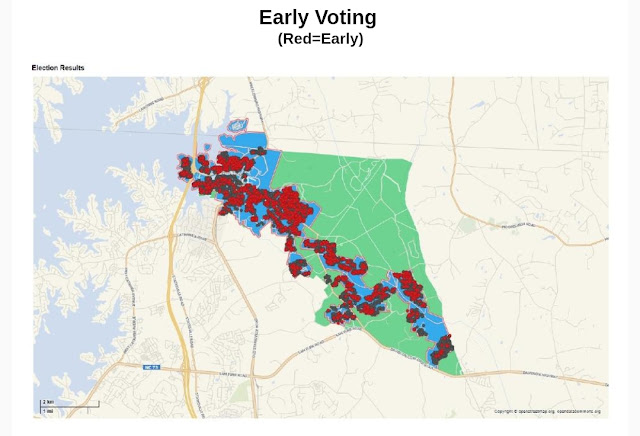 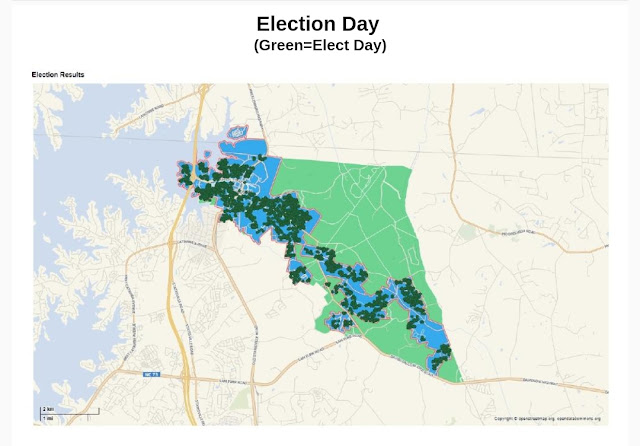 These next three maps show the actual breakdown of the vote by voter segment which is a rough approximation for neighborhood. 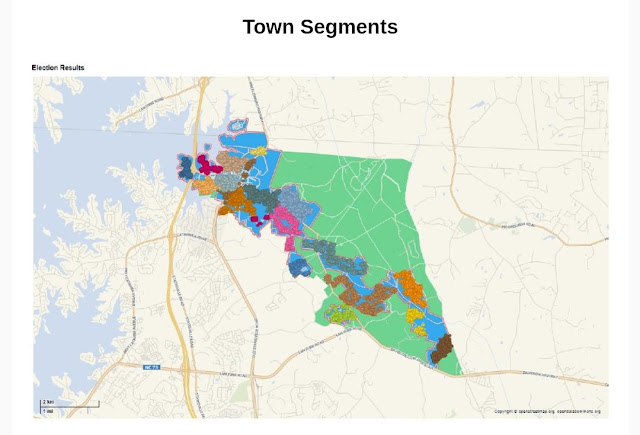 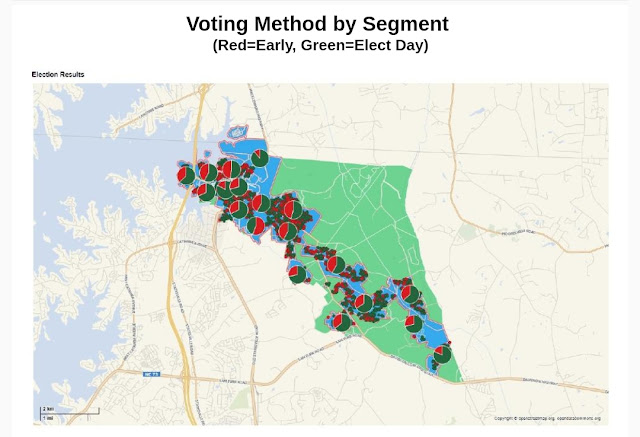 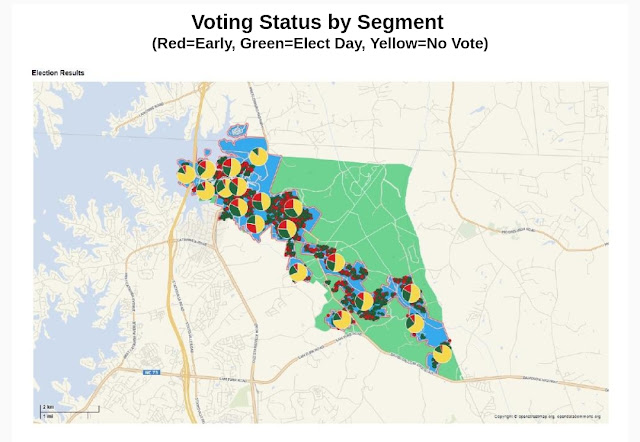 What jumps off the page is that even though turnout was way up this cycle, there are still major segments of the voting population who stayed home.  The more heavily populated in-town neighborhoods voted in higher percentages while Davidson's East Side and Exit 30 areas still didn't manage to make it to the polls in large percentages.  Davidson College students almost completely stayed home.

The interesting thing about that is that situation is no different than most Davidson elections.  Combine that with the turnover in elected officials, and one can surmise that only happened because even Davidson's most regular voters from the in-town neighborhoods finally decided in significant numbers that it was time for a change.

At the swearing in ceremony tonight, that change will finally happen.
Posted by Rick Short at 7:53 AM