Facebook around Davidson was covered Saturday with people posting pictures of the mud and downed trees making the greenway by the new West Branch development all but impassable after Friday evening's storms.

Several downed trees crossed the greenway at different places and had been parially cleared by 10am, but the mud  was slippery and dangerous.  That situation remained the same by mid afternoon. 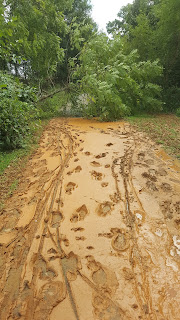 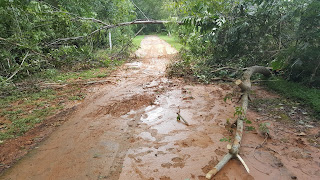 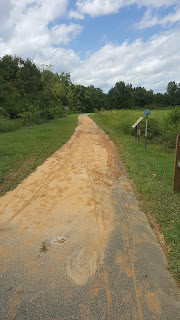 aShortChronicle took the below pictures which show multiple of the downed trees were just inside the minimal buffer between the construction barrier and the greenway.  These are the roots of one tree in the 2nd picture.   A couple of the roots appear cut. 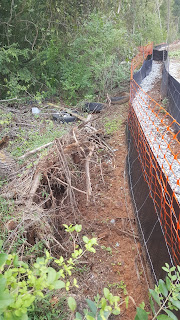 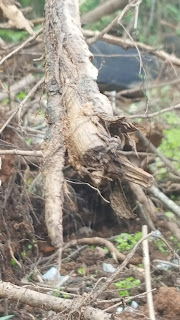 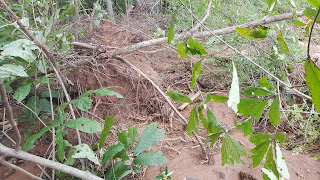 Now take a look all the other trees right by the construction fence. 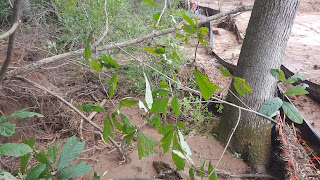 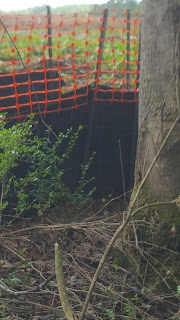 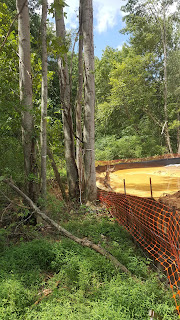 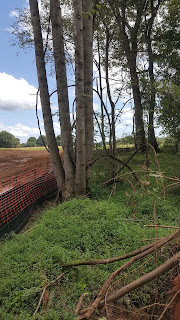 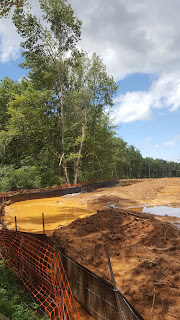 This giant dual-trunked sycamore near Husdon Place leaning over the greenway now looks particularly vulnerable.  Not only is it right near the fencing, but it is sitting in a pool of water. 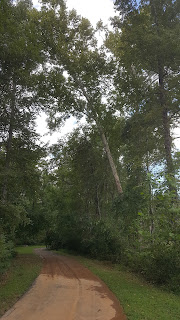 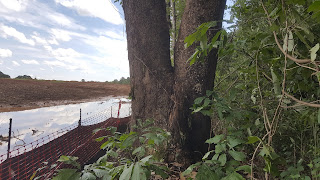 These trees did not come down Friday night, but it is hard to imagine their roots weren't damaged just like the ones that did.
Posted by Rick Short at 7:00 AM