How much will new public facilities projects really cost Davidson? 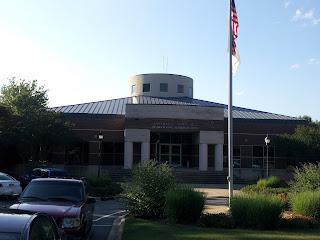 There has been a lot of talk about the need for expanded public facilities in Davidson over the past several years.  Various proposals have looked at different ways to do this and each came with different costs.

One can go all the way back to the Catalyst Project which got its start in late 2014 which envisioned a complete makeover of the existing Town Hall site with a mix of uses including offices for the Town as well as residential, retail, and even a hotel right on Main Street.  That project was controversial.  It gave rise to the Paradise Lost Facebook group.  It made it sound like the Town could almost get new public facilities for free.  Well, not exactly "free".  The cost may very well have been the Town's soul plus a healthy commission - but it would have included some shiny new offices for staff.  Fortunately, by August 26, 2016 that project collapsed in the face of stiff citizen opposition led by now Mayor Rusty Knox.

In the aftermath of the Catalyst Project, the former Board pushed the idea forward of a new Town Hall paid for by the public.  That 2017 plan would have built a new facility on Main Street in front of the existing Town Hall while upgrading the existing building for the exclusive use of police and fire.  That proposal came in with an initial estimate of $17 million.  That number got people's attention - particularly because the former board was clear that they would not put this expenditure up for a vote.  After a minimal cost trimming exercise, estimated costs were lowered to $15.4 million.  This plan died with the 2017 election of a new Board (the current one) which (thankfully) indicated they would not spend that kind of public money without voter approval.

That brings us to the current plan.

In 2018, Davidson purchased the old IB Middle School property on South Street from CMS at a cost of $2.46 million with the intention of it becoming the eventual Town Hall and community center with an auditorium and space for non profits to use.  The existing Town Hall would be refurbished for police and fire like the other plans.  Costs for the remodel of 251 South Street however are not going to be cheap.  After starting at over $16 million, the Board settled on putting a $14 million bond on the Ballot this November.  This cost does not include renovating the old gym on site, so that will remain unusable.  However, that's not all.  According to Town Finance Director, Piet Swart, "on June 11, 2019, the Board reviewed the project options and moved forward with a total cost of $14,405,114.  The $400K over the proposed $14 million in GO Bonds would come from the capital projects fund."

All together, with the initial purchase of South Street, the proposed Bond, and the planned additional funds from the Town, the current Public Facilities proposal comes in at $16.9 million - making it the most expensive option given serious consideration to date.

The question for voters before heading to the polls and voting on the Public Facilities bond is this...

"Is this too much money to put on the taxpayer while still having $15 million in unspent 2017 bonds hanging out there AND with no plan to reduce the Town's solid waste fee which is the highest in the area AND coming on the heels of a property revaluation that resulted in significantly higher tax bills for many?"
Posted by Rick Short at 8:18 AM