In September, aShortChronicle told readers about a meeting for neighbors of the proposed Davidson Depot project on the town's West Side.  That meeting was tense at times and didn't answer a lot of residents questions.  However, it did result in kicking off a sequence of events that will result in something positive for the neighborhood.  That process began to show results at a meeting Tuesday night at Davidson Presbyterian Church off Depot Street.

Carolyn Minnich with the Charlotte office of the NC Department of Environmental Quality (NCDEQ) attended the September meeting, and after hearing the range of neighborhood concerns, she contacted the EPA to get them involved.

In November the EPA ran tests on numerous properties as well as taking air samples.  The best news Tuesday night was that it appears the air samples were all clean - meaning random air born asbestos particles were not detected.  The stream running into the pond at Roosevelt Wilson Park was also tested, and its initial tests were also clean.  More of these tests will likely be done to verify again, but both were good news.

The unfortunate news was that several properties adjacent to the Linden Mill property did have trace and low level asbestos detected in the soil.  Here, the EPA seems to be doing a lot to alleviate residents' concerns.  While they did recommend precautions in some cases they seemed to be working hard to make sure things were being checked thoroughly.  More properties will be tested, and they asked for long time residents of the West Side to help pinpoint on a map any locations those residents remembered as dumping sites.  There was clearly a sincere interest in making sure the problem was fully addressed.

You could tell that the EPA workers had built a good rapport with West Side residents in the short time they had been on site often calling residents by their first names when answering questions.  Residents also seemed thankful that multiple agencies both State and Federal had an eye on this now.

It wasn't all good though.  At times there was a palpable frustration with the Town that it had taken so long to get these agencies involved.  At one point it was suggested the neighborhood was owed an apology from the Town for the many years these concerns drew no action or attention.

Apology from the Town forthcoming or not, going forward one can be sure the Town is paying attention now.  It looked like all the elected officials and senior staff were on hand Tuesday evening to hear the update.

Below is the presentation that was given - provided courtesy of the EPA. 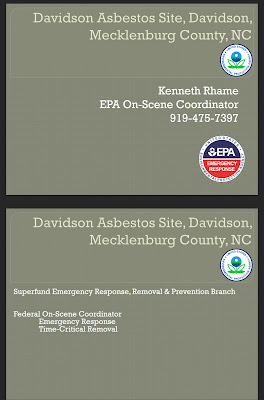 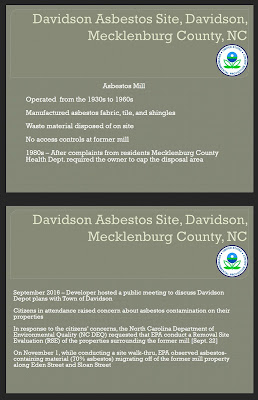 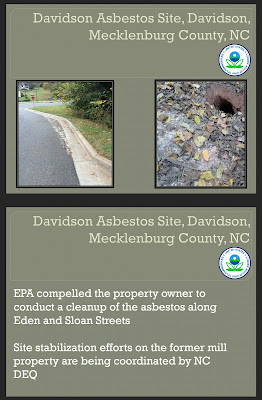 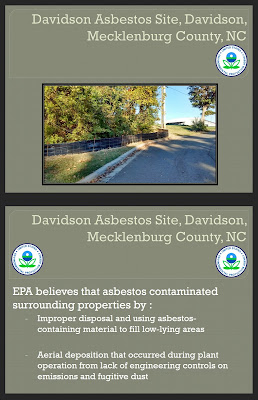 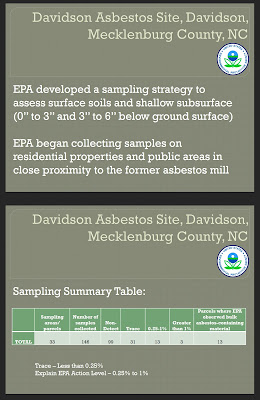 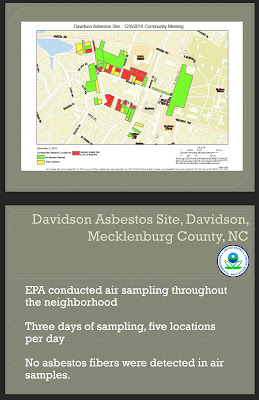 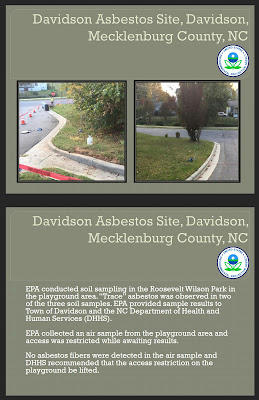 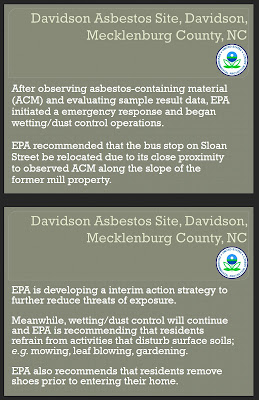 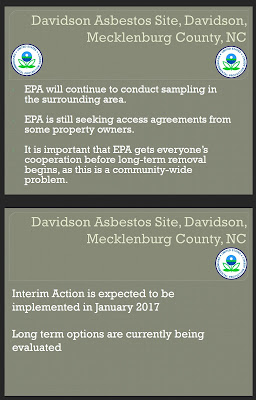