The "Mushroom Alert" post sparked enough interest to warrant looking into this question.

Who exactly wanted to keep the wraps on last week's meetings with tolling firm Cintra - the LKN Towns or NCDOT?

As expected, what we found was not pretty.  The public record made available though various records requests, shows a concerted effort by many parties to deliberately structure these meetings in a way that would keep the public and the press out.  Even more disturbingly, it shows a business as usual attitude about conducting the public's business this way.  In the end it hardly matters who originally wanted these meetings to remain closed.  Once the process was set in motion, nearly everyone involved was comfortable with it.

That process started with these invites to the Towns' Commissioners: 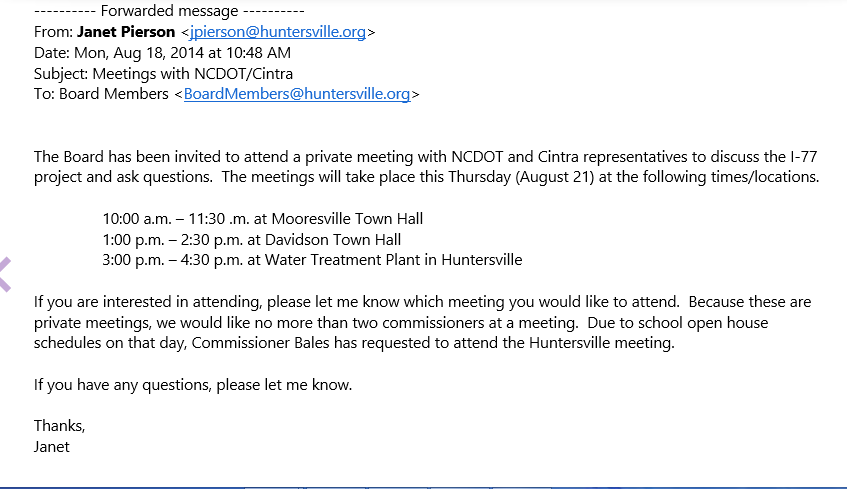 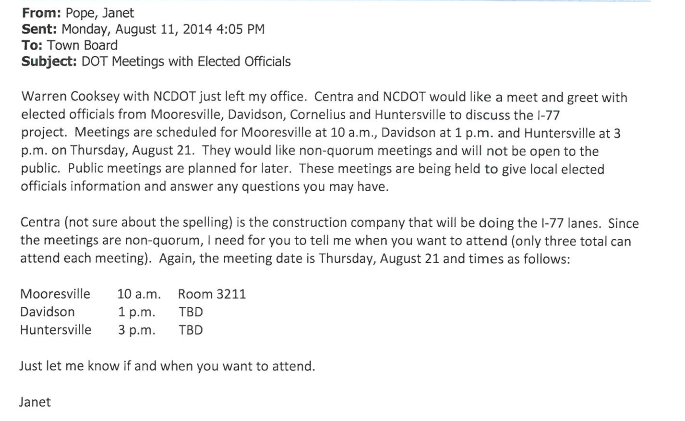 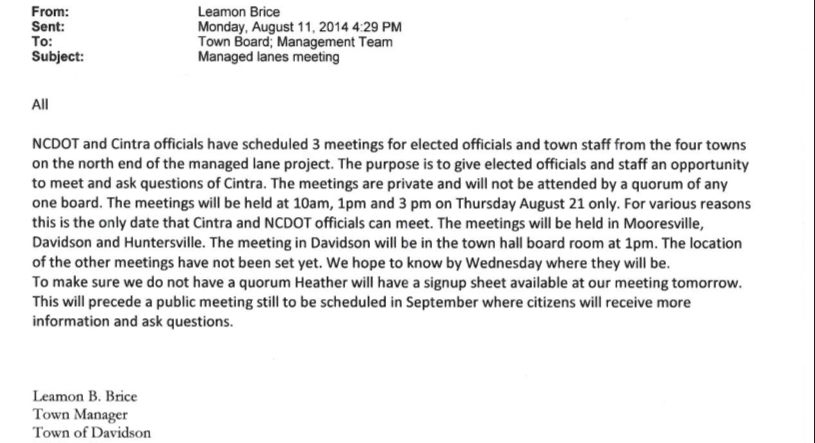 The Mooresville and Davidson invites make it crystal clear that coordinating the meetings to ensure no board has a quorum at any one meeting is the purpose for having three meetings and the method by which they will all remain closed.  This ensures none of the elected bodies runs afoul of the state's open meetings law.

There are also a number of emails that show significant effort put into ensuring it remains that way.

At one point Cornelius Commissioner Jim Duke offers to not attend any meetings because the one time slot he could make already had two other Cornelius Commissioners.  Davidson Commissioner Beth Cashion asks if she can just go ahead and attend the possible make up session on August 28th since other Davidson Commissioners will be there (the logical thing to do).  Davidson Town Manager Leamon Brice responds that the makeup meeting is also supposed to be closed and if Commissioner Cashion was to attend it would be over quorum.   There is also a message from NCDOT's Warren Cooksey who was coordinating for the State that says "Mooresville and Davidson are prepared to control access to list members only, and I'll set up the same expectation at the plant."  (The Huntersville meeting was at the Dukes water treatment plant.)

So, who wanted these meetings closed?  The answer appears to be just about everybody.

The Mooresville invite to town commissioners specifically says "they would like non-quarum meetings and will not be open to the public."  The "they" in this case is NCDOT and a pretty clear indication that NCDOT may have been the ones to request these be closed

But then there's this email from Davidson's Mayor John Woods...

This is the earliest email in all of the public records provided - a week before the invites went out.  It copies all of the town mayors, and it seems pretty clear they are excited about having these non-quorum meetings on the topic so they can get some coaching on how to deal with the pesky public.

NCDOT's Warren Cooksey was also asked for this piece if he could clarify the comments made by the department's general counsel at the Davidson session.  Those comments as reported by DavidsonNews.net were that "the DOT did not intend for the meetings to be closed" - something that would seem to contradict the language in the Mooresville invite.   Here was his answer: 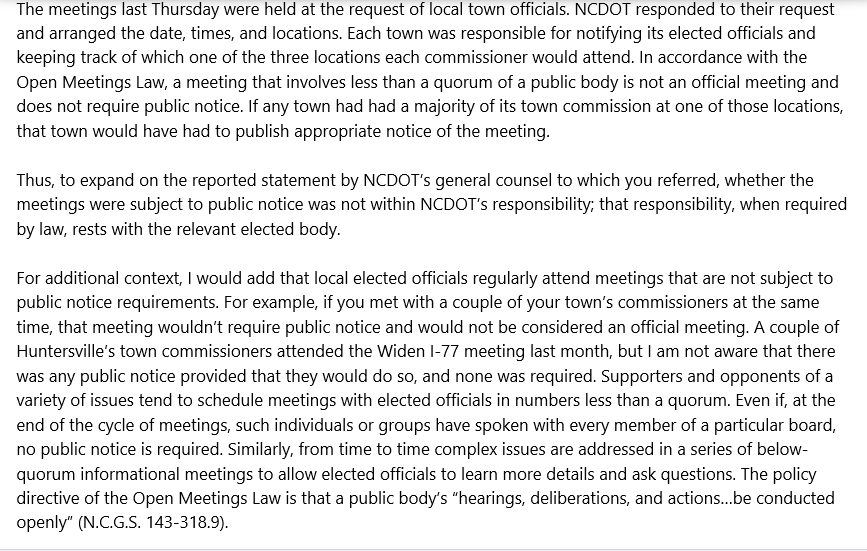 So there you have it.  This type of thing is just business as usual.  Nothing at all to be concerned about.

Finally, for a good laugh check out the massive amount of chutzpa in the NCDOT news release regarding last Thursday's meetings.  After all the effort to keep these meetings closed and out of the public eye, NCDOT posted the below news release only a few hours after word had leaked they were going to occur. 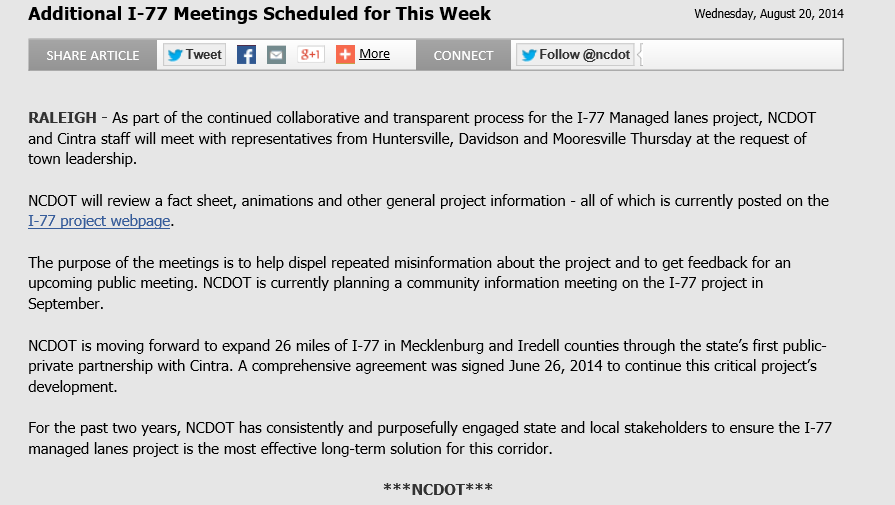 "Collaborative and transparent" is not how too many average citizens would describe this process.
Posted by Rick Short at 6:43 AM