Two years ago when DavidsonNews.net shut down, there was an instant void in the hyper-local news scene for this town.  While aShortChronicle believes
one of the media's primary missions is to be the watchdog on government, that often doesn't seem to really work in the reality of local news.  The relationship between media and government is often pretty cozy, too cozy.

As an example of that coziness, when DavidsonNews.net ceased operations, those closest to Davidson Town Hall jumped to its aid.  The publication said its farewells on May 29, 2015.  On June 3nd, the below piece was posted to the site prior to it going dark. 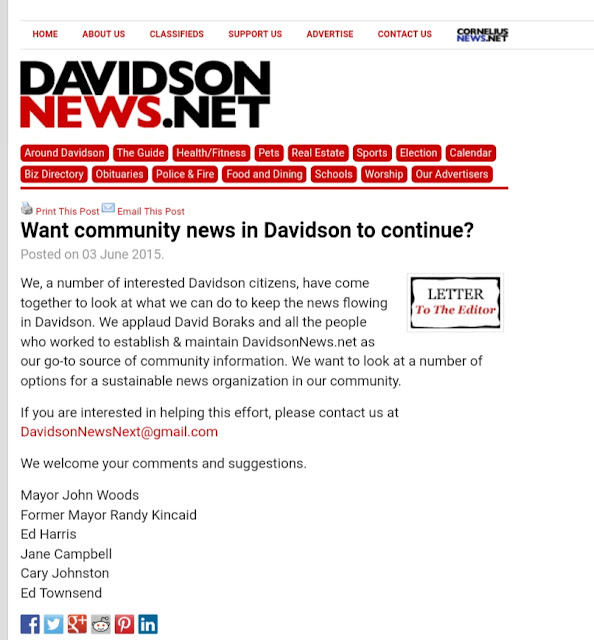 Those are some big names around Davidson including the current Mayor (John Woods), a former Mayor (Randall Kincaid), and a former Commissioner (Carrie Johnston).  Jane Campbell wasn't a household political name around town at the time, but she is now - having run an unsuccessful campaign for a seat in the legislature in 2016 and now running for Davidson Town Board this year.

aShortChronicle told readers way back in July about the upcoming launch of the NewsOfDavidson.org site and Campbell's relationship to it.  Hers is the name on the paperwork for the web address and the non-profit backing the group.  At this point there is no indication the 2015 effort is the same as the current one, but it is interesting that Campbell's name shows up in both.

Regardless, the NewsOfDavidson.org site went live Friday morning, the day after the Save Davidson Mayoral forum. 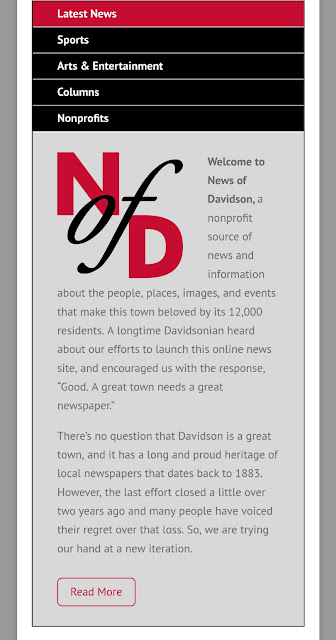 The "Founding Donor" list for the operation found here  reads like a who's who of Davidson, so there is clearly support for the endeavor.   Interestingly however, it also includes groups in the Town Hall orbit such as the Davidson Housing Coalition, Davidson Learns, and the Davidson Lands Conservancy.  That list of connections among other names on the donor list makes it challenging to believe this new news operation will really shine the spotlight on Town Hall if needed.  Only time will tell on that, but as a hint of what we may expect check out this article from the new site.  It is on the list of local political forums this election season. 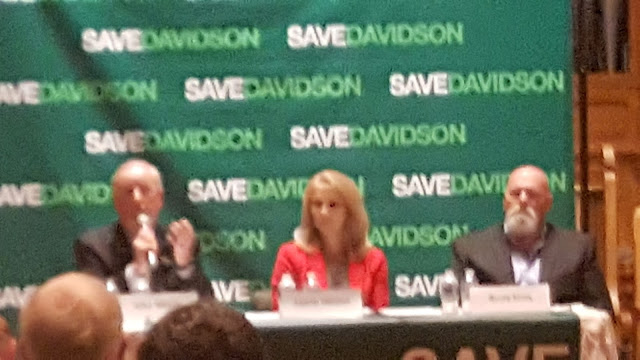 When a news organization has as many connections to the local government as this one does right out of the gate, that question of "why" is going to need to be asked a lot on stories about Town Hall.

Don't worry though, aShortChronicle will always ask them.
Posted by Rick Short at 1:07 AM