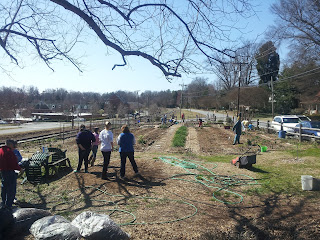 As a testament to both the generosity of local residents and the value of the project to the community, I am proud to report that the Davidson Community Garden blew away its fundraising goal - bringing in just shy of $4000. Donations are still trickling in with a more exact total available in April. However, with the original goal being $3000, the project has already eclipsed this mark by nearly 25%.

This allows the project to begin installation of its own water system with work to begin as soon as this coming week - just in time for the planting season!

The tentative plan is to have 2 - 3 spigots in place which will allow for much easier watering and less dragging of heavy hoses. This will allow children to help out more easily as well as support the installation of some drip irrigation and soaker hoses throughout the rows and box beds. Having a consistent water supply will also improve production.

So, how did the project get to $4000 in just three short months of quiet fundraising? 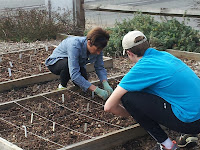 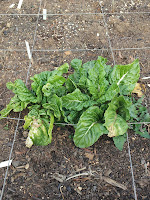 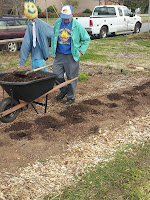 Here's the breakdown. To start, all donations came from private sources including two large gifts. The first was a $1000 anonymous gift intended as a matching grant. A second donation of several hundred dollars came from Cub Scouts Pack 58. The Scouts are regular volunteers at the garden as well - donating time and energy in addition to making this very generous financial gift. Together, these two donations accounted for a little less than half of the total. The majority came from numerous smaller amounts donated from people all across town - ranging from a few dollars to over $100. This was a true community effort.

Special, thanks go out to Mike Kessler with Davidson College and Michael Whaley and Glenn Kinken with DUMC for their support with the logistics of making this happen. The garden is on land owned by the College with financial and organizational support coming from DUMC. Without the support of these two organizations, the garden would not be where it is today - both literally and figuratively.

As the Davidson Community Garden enters its fourth growing season, the future could not be brighter!

Stories on DCG from Last Year: