"You've been upgraded"...Mi-Connection is now Continuum

So, aShortChronicle told you last Friday of a looming announcement from Mi-Connection.  See here for that.

Unfortunately, it was not any sort of magic bullet to save local taxpayers from the relentless subsidies needed to support the municipally owned cable company.  It wasn't a partnership with a new party to spread the pain.  It wasnt even a new service offering or price structure.

It was a simple re-branding.  Mi-Connection is now... 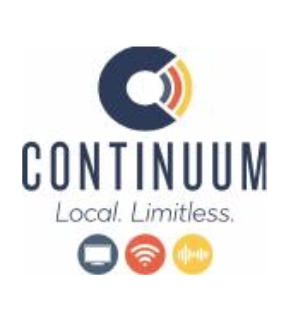 Over recent years Mi-Connection management has worked hard to restructure the company's operations to wring out costs.  The debt has been refinanced to bring down that expense as well.  Yet, these improvements still leave the company short by millions per year to cover its expenses leaving it to require subsidy.

While the company's announcement states this re-branding has been in the works for 18 months, the recently released FY2017 numbers showing no real subscriber growth over the previous year prove something had to be done to jump start things going forward.

A recently acquired FAQ document on the re-branding says the "incremental expenses that were beyond the normal cost of normal doing business were approximately $95,000, which is a one-time increase of 15.8% in our "year-to-year" marketing budget."  The company claims it was able to keep the costs of this switch relatively low by saying it was replacing things like truck wraps, uniforms, and its website anyway so the switch does not directly include those costs.

The re-branding seems to be an effort to refocus the public on the local nature of the company, something that has been a hallmark of Mi-Connection promotion since the beginning.  However, the new campaign has an interesting way of going about it. 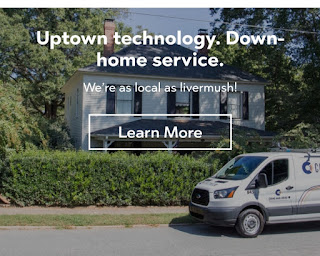 Not sure how many people will equate the most high-tech service they likely have in their home or business with something as country as livermush.  Most will likely have to look up livermush to even know what it is.  When they do, they will likely go "ewwww"!

Regardless, the Mi-Connection name has become pretty toxic after many years of requiring many millions in subsidy.  A name change may be in order to make an attempt to get things moving again in a better direction.
Posted by Rick Short at 8:01 AM