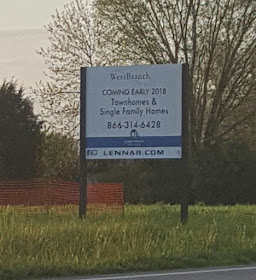 With construction grading now in full swing at the West Branch construction site on Davidson-Concord Road, we now have the first "unintended consequence" impacting residents - albeit a minor one compared to the traffic problems to come once the neighborhood is built out.

The Davidson Public Works Department and Lennar Carolinas, LLC are aware of the situation and are actively rerouting the water by creating a swale from the sediment ponds to a stream channel. The water redistribution process will take two to five days. The greenway should dry out and be fully passable by April 22.

The safety of our residents is our primary concern and we apologize for the inconvenience. If you have any questions regarding the progress of the repair, please contact the Public Works Department at 704-940-9638 or email Jesse Bouk at jbouk@townofdavidson.org ."

Considering it hadn't rained for several days by the time this release was published, it's hard to know exactly how bad the mess was originally, but here are some pictures as of Thursday evening.

It appears the water flowing from the sediment pond on the south end of the West Branch property did not flow into the river bed as expected, but instead flowed into the part of the field not being developed and the across the greenway.  The dirt swale was in place to divert any more water by the time the Town notified residents of the problem. 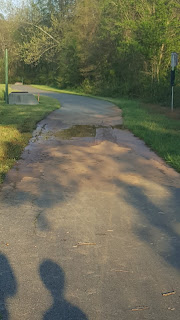 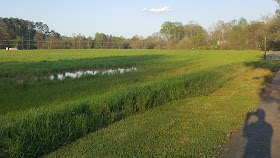 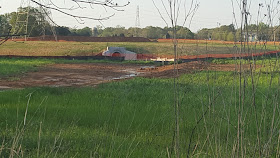 This happened after a relatively minor rain storm. One wonders if they are taking grading advise from that landscaping management sage, Carl Spakler from Caddyshack. and thinking "the heavy stuff"  isn't coming down anytime soon. 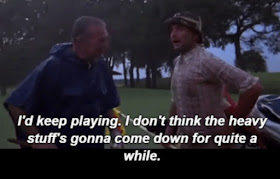